A Look Inside Peggy Guggenheim’s Scrapbooks

Peggy Guggenheim, she of eccentric taste, signature Batman-esque shape sunglasses (how else would you describe them?), and one of the most important art collectors of the 20th century, if not ever, was a scrapbooker. This might seem a little unexpected, after all, when did such a glamorous woman have the time to sit around with a pot of glue and some scissors? Today, on the 121st anniversary of her birth, we take a look at her vast collection of scrapbooks, which are going on view for the first time in Venice, at her namesake museum. 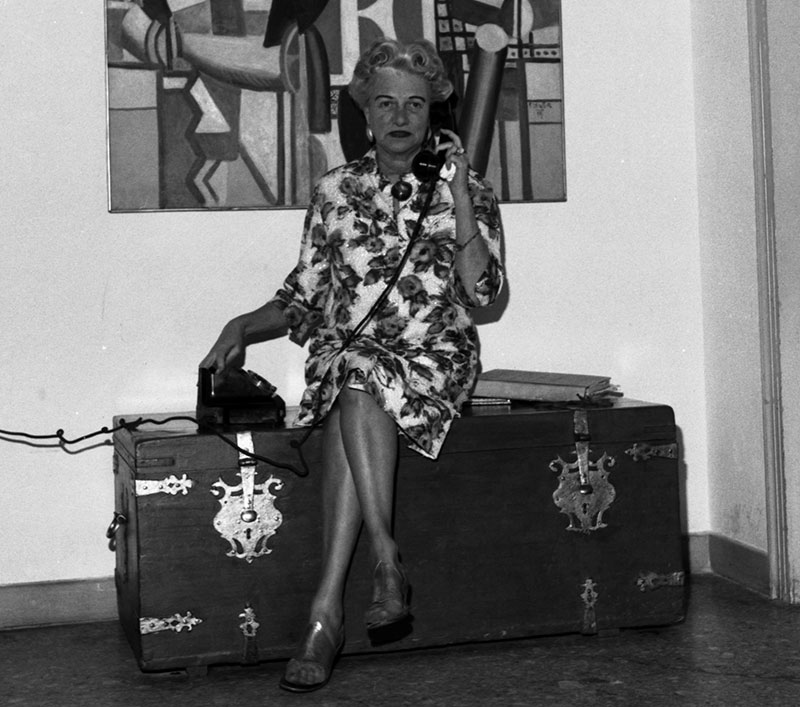 “Peggy Guggenheim: The Last Dogaressa,” which opens on September 21st, focuses on her life in Venice, and along with the scrapbooks, features works of art she acquired after she had left New York and settled in the floating city until her death in 1979. During this period of time, from the 1940s to the 1970s, she meticulously documented her life. Two of her scrapbooks are going on view (one from the 1940s, and another from the 1960s), it’s worth noting these scrapbooks are not diaries. The scrapbooks are instead archives of her public life, and could have very well been the foundation of her autobiographies (yes, she wrote two of them): Out of this Century: The Informal Memoirs of Peggy Guggenheim, published in 1946, and Confessions of an Art Addict, published in 1960… [ read more ]